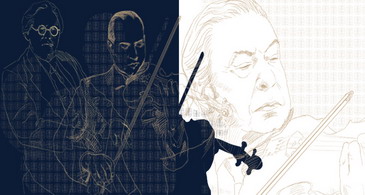 When fluffy snow falls outside the window, it is difficult to make plans for the next summer. However, young violinists should already begin now to prepare “for the beach season”, because during the 14-17 June 2018 the Odessa International Violin Competition will be held in sunny Odessa.

To compete in the skills will be able to talents from all around the world in two age categories: junior – up to 16 years old and senior – performers from 17 to 23 years old. Among the jury members are well-known violinists of the younger generation: Andrej Bielow, Stanislav Pronin, Aleksey Semenenko, Bogdana Pivnenko, Andrey Murza. The competition will take place at the Special Music School named after. P.S. Stolyarsky, which has a long history of education of young talents and whose graduates are playing at the best concert venues in the world.

Young musicians should think about participation in the competition right now, because the deadline for the applications is March 31, and in the first round of the competition the jury members will evaluate the video recording of contestant’s performance. Therefore, do not forget to practice on holidays Etudes, Caprices and Sonatas by Mozart! Detailed information about regulations of the competition can be downloaded here.

Only 12 participants from each age category, who will be selected by the jury in the first round, will go to Odessa for participation in the second round of the competition. Among the prizes of the competition are monetary awards, as well as special prizes from the German musical publishing house “Bärenreiter”, the manufacturer of strings and accessories “Pirastro” and free studio audio recording from the information resource “Moderato”.

A few more pleasant gifts: the laureates of the competition will be able to perform at the Odessa Philharmonic, and the best representative from Odessa will receive a prize from the Swiss association “Legato”. Within the framework of the
competition the jury members will give a master classes to the participants of the II round.
So, a good secret desire on New Year’s Eve will be participation and a worthy performance at the Odessa Violin
Competition, and perhaps – a bright victory! 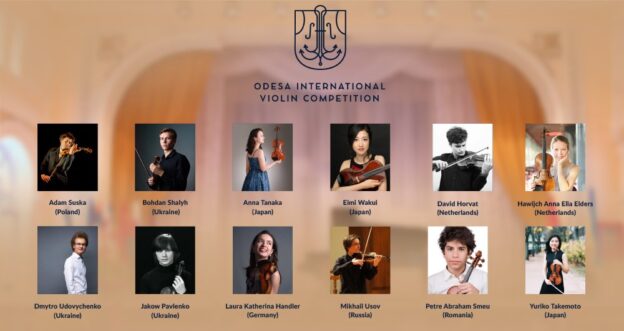 9/05/21
Participants of the Second round